Prof. Dr. Utku Buyuksahin, President and CTO
The human fingertip has 241 nerve endings per square centimeter that sense touch and transmit information to the brain without loss. For years, researchers have been trying to replicate this capability in robots and other devices by using smart tactile sensors. While the tactile sensors are flexible, sensitive, and fast at measuring force or pressure on a contact surface, they fail to achieve the human fingertip’s sensor density and spatial resolution due to their bulky design.

Sensobright Industries, an innovation-driven high-tech engineering company, is changing this narrative with its breakthrough solution. Sensobright has developed advanced optics-based tactile sensors with spatial resolution that’s way better than the human fingertip. This sensor system makes it possible for robots and other devices to have the sense of touch like humans and beyond.

“We hold the patents of one of five human senses. By having the first and the only product over human tactile sensing resolution, we have a game changer technology in a huge market,” says Prof. Dr. Utku Buyuksahin, President and CTO, Sensobright Industries.

Sensobright’s patented technology (100+ Globally granted patents) can be used as a base to create an unlimited number of applications in different fields, including robotics, automation industry, automotive, defense, avionics, space, and medical instrumentation. The advanced tactile sensors can be used to augment the fingertips of robots, manufacture smart arm-rests for luxury cars or private jets, enhance spacesuits, or even make human like tactile feeling prosthetics such that it feels like our own limbs. 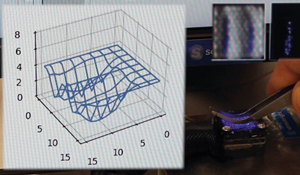 While the most common tactile sensor technologies use electric resistance, capacitance, or piezoelectrical charge to measure the force that is applied to the contact surface, Sensobright’s sensor technology utilizes fiber optic cables as the afferents of human physiology. They can have nine-micrometer diameters for both delivering and receiving light beams. The variation of the light intensity enters sequent algorithms as the input. The displacement, the force, and the pressure data are then evaluated as the outputs.

Sensobright’s globally patented sensor technology has many unique features. First, the resolution of its technology is way better than the human level, which the existing technology cannot even cost of the application. For instance, a robotics application with five fingertip tactile sensors requires acquiring 2000 inputs a difficult feat to achieve with existing technologies.
Sensobright’s patented technology can deliver million-level data simultaneously by using a single USB cable which is crucial for lowering the costs for end-users. Apart from this, the Sensobright sensor surfaces can be used as screens. They can acquire tactile data as well as project images/videos on the same tactile surface and use the technology to create touch screens. The technology can even be applied on non-flat surfaces with different textures, such as leather. More importantly, Sensobright’s systems do not interfere with magnetic fields and their power consumption is low. They can measure proximity and sense the shape of an object even without touching it.

One of the best applications that Sensobright has developed using its technology is a fingertip tactile sensor for the robotics and space industries dubbed Mr. V. short for “Victory.” The robot has 17 direct and 19 indirect actuated total of 36 degrees of freedom, including hands. Mr. V. possesses over 12 HP and 1500 Nm torque. Despite this high power and torque, it can pick, hold, and place an egg without breaking it. “We are happy and proud that he didn’t break any eggs and we did not have to clean him even during trials,” says Prof. Dr. Buyuksahin.

By having the first and the only product over human tactile sensing resolution, we have a game changer technology in a huge market

Equipped with five fingertip sensors (2000 receptors) and a palm sensor (1280 receptors), providing 3280 receptors in total for a single robotic hand. These sensors have been built as touchscreens, 400 pixels at each fingertip and 1280 pixels at the palm with no delay on the video. In addition to those, the sensors can measure proximity which can be used for different purposes.

In the future version, Sensobright will have temperature measuring in its sensor systems. By combining all these features, the company is providing a unique technology equipped with sophisticated features that enable users to use the full power of their imagination. 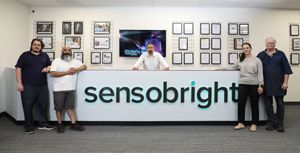 Another exciting application developed by Sensobright is a touch surface named Magic Silicone. It can be regarded as a wild card because of its ability to be in any shape and texture. As the Magic Silicone is like a touchpad itself, it also gives the touch data even if you add a flexible layer artificial leather, fabric, or even paper on top. The touch surface can be located under a leather surface such as a normal-looking arm rest, making that surface smart enough to control multimedia systems, computers, or peripherals. “It can be applied to any flexible surfaces, including cars, planes, and furniture. Magic is created by transforming regular surfaces into highly sensitive, multi touch digital touch surfaces,” says Prof. Dr. Buyuksahin.
A Powerful Team at the Helm

Sensobright’s robust technology is complemented by its well-educated and experienced team and a state-of-the-art inventory of powerful hardware and software. The company’s R&D team includes professors with highly decorated academic backgrounds ensuring that all the R&D and experimenting tasks are accomplished under scientific methods and supervision. 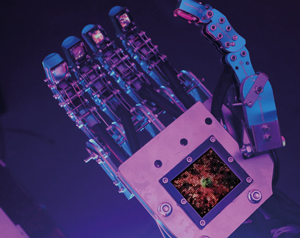 Geared To Change the Future

By having a breakthrough technology that has the potential to change the future, Sensobright has won many prizes. In fact, NASA Engineers have defined the technology as “a Worthwhile Achievement” in one of their reports. Being the inventor of this technology, Prof. Dr. Buyuksahin has been invited to many conferences as a keynote speaker whole over the world and in 2019, he has been selected as one of the top 25 scientists across the globe by Falling Walls Foundation, which has President of Nobel Foundation among its board members. 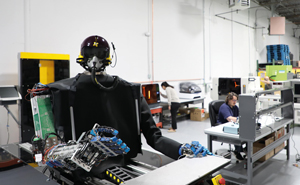 In a nutshell, Sensobright has the patents, the minds, the investment (backed by INVENTRAM and KOC HOLDING - a Global Fortune500 Company), the infrastructure, the network, and the product to change the face of the existing sensor technology

“We have the technology and capability to provide specific, customized, and state-of-the-art solutions to our potential partners. The path we chose for business is to work together with our customers as a collaborative company and license out our technology,” says Prof. Dr. Buyuksahin. 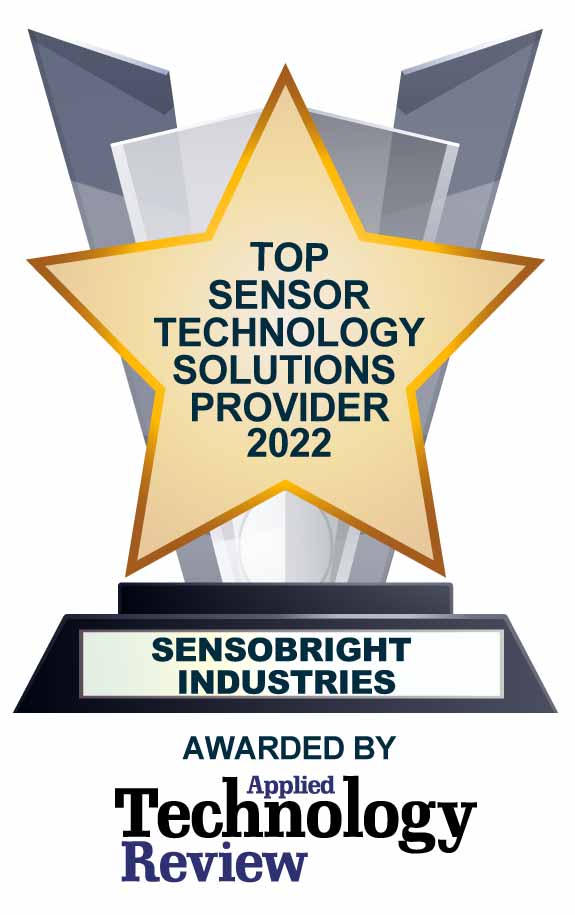 Description
Sensobright's patented technology (100+ Globally granted patents) can be used as a base to create an unlimited number of applications in different fields, including robotics, automation industry, automotive, defense, avionics, space, and medical instrumentation. The advanced tactile sensors can be used to augment the fingertips of robots, manufacture smart arm-rests for luxury cars or private jets, enhance spacesuits, or even make human-like tactile feeling prosthetics such that it feels like our own limbs. 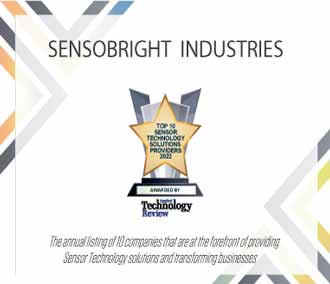